Robert Garner describes the “1401 Room” at the Computer History Museum in Mountain View, Calif., as a time machine. It’s because he and his team have spent the better part of a decade restoring the giant 1401 mainframe computers used by many businesses during the 1960s and 70s. 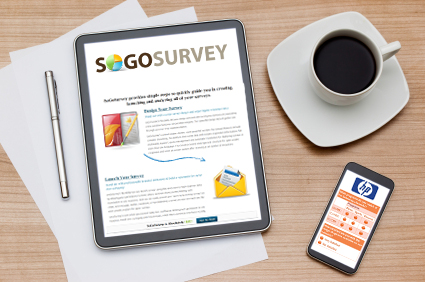 Garner is not alone in his passion for restoring old computers. The museum allows a number of volunteers to toil away rebuilding old machines, while a similar project in Britain is rebuilding the world’s oldest digital computer.

More than nostalgia, these projects illustrate how far we’ve come and where we hope to go. Rather than clunky desktops and huge mainframes, we now have smartphones and cloud computing.

Online survey tools have undergone a similar evolution. Compared to distributing and collecting surveys by hand, the reach of the internet, coupled with the growing power of computers, made the widespread use of early survey platforms a no-brainer.

But with the staggering technological changes we’ve witnessed, now you’d be as likely to use one of those primitive survey tools as you would a desktop that ran on DOS.

Sogolytics improved upon basic survey technology to create a powerful platform that goes beyond surveys. Rules & Alerts, Social Media Integration and Chain Invites are just a few features that leverage modern technology to move online surveys past their limited origins.

I fondly remember using BASIC to create infinite loops and playing the first computer games which were mostly text and a few blips on the screen. Today I have a 4G smartphone that can take my pulse while directing me to the nearest restaurant.And I use a survey platform that crunches data while I dynamically update presentation-grade PowerPoint reports with the click of a button.

If your survey tool can’t do the things that Sogolytics does, then it probably belongs in a museum, too.